Home
Hemorrhoids
Do hemorrhoids go away on their own to achieve self-healing? 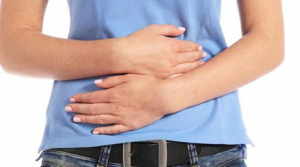 Hemorrhoids self-care is to eliminate all factors that would induce hemorrhoids through patient’s own efforts. From the macro perspective, patients should pay attention to eliminate the two aspects of factors that will increase the severity of hemorrhoids. First, prevent abdominal pressure from elevating. Do not deliberately hold your feces, and take a dump regularly. When taking a dump, do not defecate forcefully, and make sure the cost time is within 5 minutes. Second, prevent the congestion of the anus vein. Do not eat chili, garlic, seafood and other spicy food, also less alcohol.

If hemorrhoids exist for a long time or if it shows the ferocious symptoms of moderate hemorrhoids, in this case, in the process of strengthening self-care, the hemorrhoids will improve faster if treated by hemorrhoids cream. Moreover, if hemorrhoid blobs often exist, under the repeated stimulation of the inflammatory symptoms it will appear connective tissue proliferation, which is difficult to remove. Therefore, we recommend using hemorrhoids cream hemorrhoids to promote healing.

For severe hemorrhoids, such as extreme pain that makes patients unable to get out of bed and walk, or it is in the fourth periods of internal hemorrhoids. This is also called “incarcerated hemorrhoids”, we propose patients to adopt surgical treatment.

Therefore, if patients want hemorrhoids go away on their own, we must prevent constipation and diarrhea, and develop regular bowel habits, do not defecate forcefully and with a long period of time. If the patient is a pregnant woman, she should pay more attention to prevent constipation and diarrhea, keep a reasonable diet structure and increase physical activity appropriately.

Therefore, patients who suffer hemorrhoids due to frequent drinking should pay attention to drink moderately, especially the white wine. It is best to avoid the white wine during the acute hemorrhoids. It is by eliminating the incentives of hemorrhoids that will make hemorrhoids go away on their own finally.

The following passages summarize the eight kinds of hemorrhoids self-care method that hemorrhoids patients can learn.

Water has a mitigation function on the inflammation, pain and itching of hemorrhoids. Cold compress several times a day or hipbath with warm water for 10 minutes, patients would feel more comfortable. Many patients found that it also has a good mitigation effect to use wet towels instead of toilet paper for hemorrhoids. By this way, it takes not a long time for hemorrhoids go away on their own.

Many non-prescription drugs can quickly relieve the symptoms of hemorrhoids. For example, hemorrhoids cream, hemorrhoids gel, suppositories and so on. Anti-inflammatory analgesic oral drugs include: Tylenol, aspirin and ibuprofen. It would also help hemorrhoids go away on their own.

Dietary fiber helps to promote digestion and defecation, and also prevent constipation, thereby reducing the risk of hemorrhoids. Multi-fiber diet can make stool softer, thus reducing the pain of hemorrhoids. US health guidelines recommend a daily intake of not less than 14 grams of fiber cellulose / 1000 calories food. That is, the standard for men and women are 38 g of cellulose per day and 25 g of cellulose per day. Multi-fiber foods include: fruits, vegetables, beans, gluten food, whole grain cereals and bread.

When in a diet, it is best to supplement dietary fiber. However, if the daily dietary fiber intake is less than 20-35 grams, then consider adding fiber supplements, such as psyllium, psyllium hydrophilic gum, methylcellulose , Calcium polycarbophil and wheat dextrin.

Drinking plenty of water can prevent stool from dry, thereby reducing the pain of hemorrhoids. Usually drink at least 8 cups a day (about 227 grams per cup). On hot days or when doing exercise, drinking water should be more. In addition, avoid or drink less alcoholic beverages and caffeine beverages.

Exercise is an important part of the prevention and treatment of constipation. A sedentary person should rise for minutes per every hour. Try to avoid sitting for a long time and lift heavy objects and other activities that would increase the risk of hemorrhoids and aggravate the symptoms of hemorrhoids.

Regular defecation is good for health, especially for patients with hemorrhoids. More importantly, hemorrhoids patients should not hold back the stool. Otherwise, it will easily lead to constipation, and will inevitably increase the risk of hemorrhoids.

It is also common to suffer hemorrhoids at pregnancy or postpartum. In order to ensure the health of both the mother and child, pregnant women should tell the doctor as soon as possible when they found the problems of rectal itching or pain. One of the key measures of self-treatment during pregnancy is to lie down and sleep to the left side. Thus it will reduce blood pressure, avoid vein swelling and hemorrhoids.

To heal hemorrhoids step by step, it is necessary to pay attention to personal hygiene. This is because only the personal hygiene can safeguard your anus from the germs. Good habits are important ways to prevent hemorrhoids from forming as you may know from this part of the article. Do ensure a good personal hygiene, a healthy diet, appropriate exercise and daily self-care for yourself who do not want to suffer hemorrhoids. 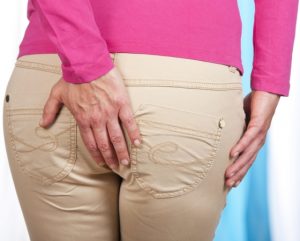 Can stress cause hemorrhoids and how to relieve stress to prevent hemorrhoids?

How long do hemorrhoids last and how to recover fast?