Home
Hemorrhoids
How to deal with hemorrhoids after pregnancy effectively?

Why pregnant women are easy to be affected with hemorrhoids?

In order to ensure the supply of nutrients to the fetus, the arterial blood in pelvic cavity flows faster during the period of pregnancy. With the increasing of fetal development, the uterus will be enlarged and oppress the pelvic cavity. So that it becomes an obstacle for the blood in hemorrhoids after pregnancy to flow back. Plus the constipation, thus it can induce or aggravate hemorrhoids after pregnancy. 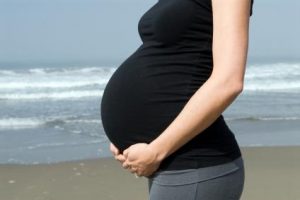 Symptoms of hemorrhoids after pregnancy for mothers-to-be

If taking a dump forcedly, mothers will found some slightest blood in the toilet or feces, or on the toilet paper. if it repeatedly bleeds and is not adjusted in time, it will induce anemia, resulting in ugly looking, weakness, no appetite at all or any other reactions.

Response of Hemorrhoids in Different periods of Pregnancy

Pregnant women who are suffering from hemorrhoids after pregnancy should be dealt with different treatment methods based on different periods of pregnancy and different conditions. If the disease is mild, or hemorrhoids prolapse is very small and anal pain is not very serious, I advocate no medical treatment as far as possible. Provided edema appears, pregnant woman can stir honey in a tablespoon of sugar for external application to get the effect of detumescence and relief. If constipation appears, pregnant woman can eat more vegetables and fruits. If necessary, add honey to keep the stool unobstructed. Provides the effect is not obvious, pregnant woman should consider to apply with defecation treatment that affects little with the delivery. Because most of the drugs can enter the fetus through the placenta, therefore, if a pregnant woman is at her early pregnancy; she should avoid drug treatment as much as possible.

The first 3 months of pregnancy and 3 months after pregnancy are very important. At this period, the strong contraction of the uterus can cause miscarriage or premature delivery. During this time, hemorrhoids after pregnancy patients should avoid hemorrhoids surgery. If the disease is worse during the middle-term pregnancy, and medication is invalid, the patient can only consider using surgical method. Doctors should explain clearly about the risk of induced abortion during the surgery. What’s more, doctors should pay attention to the situation of fetal heart and uterine contractions. 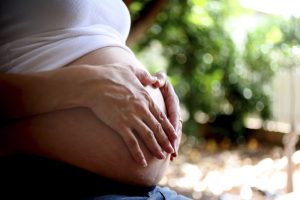 How to prevent hemorrhoids after pregnancy

Mothers-to-be should take forms of a regular defecation habits. Once developed, hemorrhoids after pregnancy patients should try not to damage or change the habits. In addition, when you want to take a dump as soon as possible; you should immediately go to the toilet. When taking a dump, stop looking at mobile phones, magazines and newspapers. Otherwise, it will increase the pressure at the anus and abdomen. Thereby increase the risk of discomfort.

Do not stand or sit for a long time. Walking, exercise, 20 rounds of anus elevation exercise are necessary. If you are a white-collar pregnant mother, I recommend you to get up and walk a moment per 40-60 minutes of working.

Hemorrhoids after pregnancy patients should do some appropriate anus elevation exercise. Anus elevation exercise 10-30 times a day is good for the disease. It means conscious contraction of the anus. By this way, it can enhance the muscle strength of the bottom pelvic cavity and the blood circulation around anus. It is conducive to defecation and the prevention of hemorrhoids after pregnancy.

In sleeping position, sleep to the left as far as possible. This kind of sleeping position allows the rectal vein that was oppressed to alleviate promptly. So, the lower body blood can flow back to the heart normally, thus to avoid the occurrence of hemorrhoids after pregnancy.

Diet should be a little bit light, not too spicy or too stimulating food, such as ginger, onion, pepper and other foods. And hemorrhoids after pregnancy patients should eat less or not to eat food that is unbeneficial to the digestion of the intestine. Maintenance of adequate water is a must. Mothers-to-be need drink about 9 cups of boiled water a day. Vegetables and fruits are also important, such as bananas, strawberries, beans, spinach, etc,. All of them contain very substantial number of dietary fiber which is conducive to speed up gastrointestinal motility.

In the choice of daily snacks, hemorrhoids after pregnancy patients can choose walnuts and sesame seeds, of which the vegetable fat is rich. The vegetable fat can ease the phenomenon of defecation difficulty. Finally I recommend a bowl of honey or salty boiled water, and drink it every morning. Although the method is simple, it can effectively remove the intestinal waste.

Eat more coarse grains, such as corn, sweet potatoes, millet, whole wheat flour, etc., these foods contain not only rich nutrients, but also can stimulate peristalsis to prevent the accumulation of feces in the intestine.

Pregnant women should not eat or eat less spicy food and spices, but also develop the habit of drinking water every day. And better to drink light salty water or honey water, which are conducive to softening and smooth stool and thus to prevent constipation.

Although we do not advocate hip bath when nursing the private part, but it is another matter if patients suffering from hemorrhoids after pregnancy. According to the daily physical condition, fill the bathtub with warm water, put your hip into the water; and enjoy about half an hour of water care. Of course, if there is no bathtub at home, you can also buy a suitable washbasin in a store, which can play the same effect.

Every day hemorrhoids after pregnancy patients should arrange some certain sports for themselves, such as morning and evening walking, health gymnastics and so on. Here we recommend anus elevation exercise. The specific method is: combine you legs, and clamp the anus while breathing in, and then relax the anus while breathing out. 3 times a day, each time for 30 times. This method allows the pelvic muscles get a good workout and helps defecation.

Do not use colored or flavored toilet paper to wipe the anus in preventing of excessive stimulation of the skin. Hemorrhoids after pregnancy patients should choose clean and good toilet paper with softness and tasteless. It is more suitable for pregnant women to use.

Because of work needs, some people must stand or sit for a long time. It is unscientific and they should increase the usual time for rest. When lying down and taking a rest, raise the buttocks about 23cm high as far as possible. And try to develop the biological clock. In order to avoid the symptoms become serious, hemorrhoids after pregnancy patients should stop using mobile phones; reading magazines or newspapers in the toilet.

Buy a cushion to ease the pain of hemorrhoids after pregnancy. sitting down after the cushion is placed on the chair can effectively alleviate local pain.

There are two massage parts, namely the anus and abdomen.

Abdominal massage: take the supine position, massage 15 times at the lower abdomen with your hands according to clockwise and counterclockwise direction. Massage twice a day is conducive to defecation and prevention of constipation. It is also conducive to the improvement of hemorrhoids after pregnancy. This therapy can help food go through the intestine, and also help prevent constipation, the latter of which plays an important role in the formation of hemorrhoids. 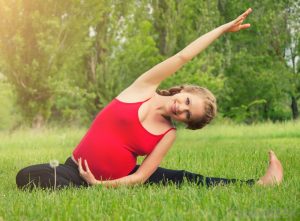 Hemorrhoids are the most commonly seen anorectal disease. However, it is not the most difficult disease to be cured. Everyone will meet hemorrhoids in life. Due to various adverse factors in life, r many patients are afraid of suffering from hemorrhoids. Especially the pregnant women, due to the special physiological characteristics that anus and vulva are close to each other, coupled with pregnancy, pregnant women are more likely to suffer from hemorrhoids. Hemorrhoids after pregnancy or hemorrhoids after birth can also easily lead to the incidence of gynecological diseases.

So, if you are a pregnant woman and are suffering from hemorrhoids, do not be shy to go to see a doctor. Follow the doctor’s introductions and prepare yourself with a postive mood. Your’d better feel happy for the upcoming delivery of your baby but not low because of the disease of homorrhoids. This is because it is exactly the best way to protect you from falling through and endow your baby born with a healthy body. And do not forget about take care of yourself according to the information provided above.

Do hemorrhoids go away on their own to achieve self-healing?