Trying to get pregnant? It’s not just the Will of God, but also the right timing of sexual intercourse and a good reproductive health (of both men and women) that plays a role in conceiving. Being able to predict ovulation time and determining the fertile period can be challenging for most women. Knowing your body and using a positive ovulation test can prove to be very fruitful for a couple which is trying to conceive.

Ovulation is the process when the ovaries release mature eggs into the fallopian tube where they can be fertilized by an incoming sperm. Ovulation is the most fertile time of the menstrual cycle. It usually happens two weeks before the next menstruation starts.

The life of an egg after ovulation is only 12-24 hours and it is important that the sperm reaches the egg during that time period. However, the lifespan of a viable sperm, inside a woman’s body, can range from 3-7 days. 100 million sperms are released in one act of ejaculation, so the possibility of a sperm fertilizing the egg is very high if sexual intercourse takes place during the “fertile window” of the menstrual cycle. The fertile window starts 6 days before expected ovulation.

We all know that menstrual cycles vary from woman to woman, some ranging from 21 days to others lasting 35 days. Some women even experience irregular cycles every month, so it becomes very hard to predict the time of ovulation and the fertile period. That’s when you can perform ovulation tests using ovulation kits and fertility monitors to predict your fertile window.

How to use positive ovulation test strips? 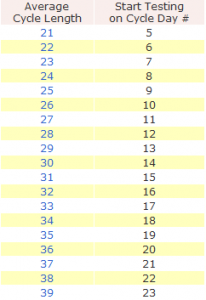 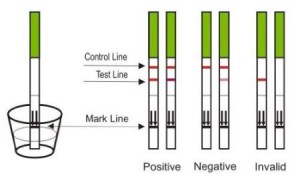 After a Positive Ovulation Test:

Have sexual intercourse right away!

It is a misconception that sperms reach their destination within minutes of ejaculation. It can take hours even days for the sperm to make its journey through the vagina to the egg. That is why it is recommended to have sex regularly during the fertile period so as to avoid missing the chance of conceiving.

A fertlity monitor is the answer to women who have irregular menstrual cycles, polycystic ovarian syndrome (PCOS) and other reproductive disorders. It measures electrolyte levels in the saliva and cervical mucus that are impacted by estrogen. It can accurately predict ovulation up to 7 days in advance and also confirm it at the time of ovulation.

How to use fertility monitors?

Other ways of predicting ovulation:

Although ovulation and pregnancy go hand in hand, there are other factors to be considered when a couple is trying to conceive. Problems with hormonal imbalances leading to anovulatory cycles and premature follicular rupture can effect the ability to become pregnant even if you are having intercourse during your most fertile time.

Some women may have an LH surge without releasing an egg. This condition is known as Luteinized Unruptured Follicle Syndrome (LUFS). Other women may experience false small peaks in the LH hormone before it fully peaks, commonly seen in women with PCOS. This could mislead too.

Most positive ovulation tests are 99% accurate but these tests cannot guarantee that viable egg will actually be released after a day or two. Consult your doctor if you have been trying for several months without success.

No matter which device or method you choose, patience and persistence is the key. And do not forget a candlelit dinner or a romantic weekend getaway that can put you and your partner in a baby-making mood! 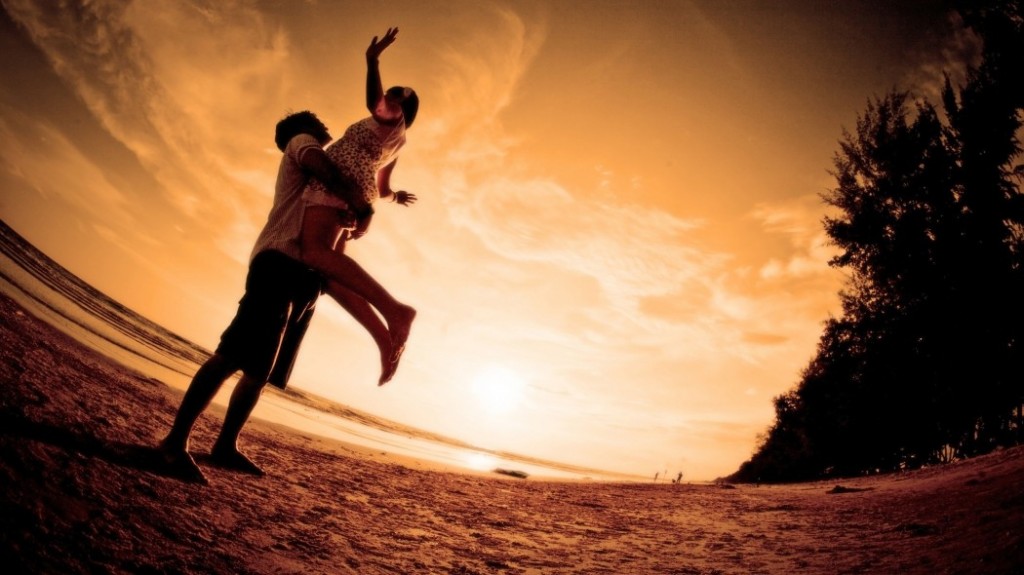 Causes of Watery Discharge During Pregnancy – Check For These Signs

Methadone: Is It The Answer For A Pregnant Heroin Addict?