If you’re someone who is suffering from angina and other heart conditions, then most probably your life is ruled by medication including medication for blood thinning. You must hate having to go for a blood test every other week to see if your PT-INR is under control but what can you do! You don’t want to have a hemorrhage just because your blood was too thin. Neither are you looking forward to an attack of deep venous thrombosis (DVT) or a clot lurking somewhere in your circulatory system. Yep, the threat is all too real. Sometimes looking at alternatives to medications can provide much needed relief. Natural blood thinners and foods that thin blood could very well save you from a lot of pain.

If you’re on medication, you must have thought, what else can be done other than taking those prescribed blood thinning medications for life? There are many foods that thin blood which can be consumed in moderate quantities to maintain the viscosity of blood. It is vital to monitor the intake of these natural blood thinners so that it becomes easier for you to wean off your medication. And yet, not be afraid of predisposing yourself to conditions like DVT, pulmonary embolism (PE), stroke and heart attacks.

Blood is a viscous fluid composed of a liquid component called plasma. It contains mainly three types of cells called red blood cells, white blood cells and platelets. Platelets are responsible for clotting of the blood. Every time there is a rupture in the blood vessel, these platelets along with other clotting factors come into play and create a plug in the ruptured vessel to prevent loss of blood. 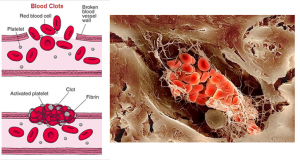 These clots can also be created if the viscosity (thickness) of blood increases due to dehydration. Or if there is turbulence in the blood flow due to increased blood pressure. Deposition of fat in the walls of the blood vessel called atherosclerosis (pictured below), can also lead to clotting. 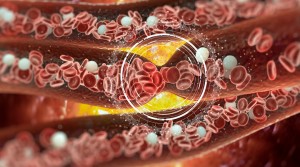 This deposition can cause complete blockage of the vessel leading to heart attacks and stroke. It can also cause platelet aggregation, clots that are freely mobile in the blood and can travel from one organ to another causing blockage in vessels at another site. These moving clots are called emboli. A sedentary lifestyle, obesity and a major surgical procedure can predispose you towards developing emboli in the blood stream. This emboli can lodge into the vessels of the lungs, kidneys or brain and can be life threatening. Some arrhythmic heart conditions (diseases with an abnormal heart rhythm) can also cause arterial embolism.

These are the various conditions for which a doctor prescribes blood thinning medication for life. Before we take a look at the natural blood thinners that you can use instead, here are some conditions that require blood thinning:

Blood thinning is a misnomer. What we are actually doing is preventing the blood from clotting. This is done using three ways:

Thrombolysis is basically when you break clots and emboli that have already formed such as during active myocardial infarction (heart attacks) or pulmonary embolism. The other two prevent blood from clotting.

Most of these are prescribed for life with blood testing advised every couple of weeks to monitor blood clotting capacity. This can be too much for a patient, especially someone who is at a high risk of having heart attacks and DVTs. Natural blood thinners can provide an effective, reliable and cost efficient alternative.

Many blood thinning foods contain salicylates and coumarin (anti-vitamin K) which can mimic the effects of aspirin and warfarin. However, large amount of these food need to be consumed to equal the 81 mg of salicylate present in a low dose tablet of aspirin. Since natural salicylates and coumarin supplements have anti-platelet and anti-vitamin K properties, you must be careful before taking them in order to avoid bleeding risks.

Foods and spices rich in salicylates include:

Coumarin is a vitamin K antagonist, meaning it effects clotting by interfering with the role of vitamin K during clot formation. This can prevent both arterial and venous clots but are mostly used for DVTs and PEs.

Amongst foods that thin blood, foods rich in Vitamin E and Omega-3 fatty acids (like krill oil) also have an anticoagulant effect on the blood.

The Most Potent Foods That Thin Blood

Cayenne peppers can have a powerful blood-thinning effect on your body because of the high amount of salicylates in them. Cayenne peppers can be taken in capsules or easily ground up as spice for food. In addition to thinning your blood, cayenne peppers can lower your blood pressure and increase circulation. Cayenne pepper is very potent and fast-acting. Amongst the many natural blood thinners taken in large quantities, it has the best effect as a clot buster, and has been used for relief from angina and in heart attack recovery.

Bromelian in Pineapples acts as a protein digestive enzyme and helps protect against the formation of uric acid crystals, which are responsible for causing gout and kidney stones. It also acts as a blood-thinner by reducing excessive blood platelet adhesiveness. It’s healing properties are enhanced when combined with turmeric and ginger.

There are many benefits of cinnamon on the body. One of them is that it is a very potent natural blood thinner. Ginger also helps make blood platelets less sticky. Turmeric prevents the oxidation of cholesterol in the body, which damages blood vessels. Preventing this oxidation lessens the build up of new cholesterol hence reducing clogging of arteries.

Krill oild is oil from a tiny, shrimp-like animal. It contains omega-3 fatty acids similar to fish oil. These fats are thought to be beneficial for decreasing swelling, lowering cholesterol and making blood platelets less sticky. When blood platelets are less sticky they are less likely to form clots. It has been used for treatment of heart diseases, high levels of cholesterol and triglycerides, high blood pressure, osteoarthritis, painful menstrual cramps, stroke and cancer.

Precautions To Take While On Blood Thinners

1. Keep A Watchful Eye For Bleeding

People taking prescription anti-coagulant drugs need to be careful not to consume too many foods that thin blood naturally. Watch out for easy bruising, nose and gum bleeds and heavy periods. Internal hemorrhage can occur if blood thinning becomes too excessive.

It is well known that foods that elevate vitamin K levels such as spinach, lettuce and dandelion greens, may lead to increase blood clotting. People who are taking anticoagulants or natural blood thinners are often warned to limit these types of foods so they don’t counteract the effectiveness of their treatment. You can find a list of foods high in vitamin K here.

Quit consumption of blood thinning foods at least 2 weeks before you go in for a surgery. You don’t want your blood not clotting even after a minor surgical procedure. 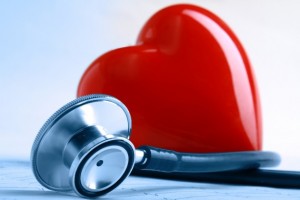 Hopefully, you will get some peace of mind knowing that by incorporating a healthy diet and having foods that thin blood, you can make your blood circulation better and prevent yourself from getting life threatening diseases like heart attacks, strokes and pulmonary embolism (PE). These natural blood thinners are a “must try” but make sure not to over-use them as they may cause excessive bleeding if you are already on blood thinning medications.

The Best Essential Oils for Fever and How to Use Them?