Home
Pregnancy & Parenting
Methadone: Is It The Answer For A Pregnant Heroin Addict?

What are the long term effects of babies born addicted to methadone?

Is Methadone a substitute for Heroin?

Is it safe to use during pregnancy?

These are the most common queries asked by the mother about Methadone Maintenance Therapy. Also there are a whole other bunch of controversies surrounding the use of Methadone to combat addiction, especially its use by pregnant women. Methadone baby long term effects and the the safety of the unborn child make all these questions almost necessary.

Most people discourage mothers from using methadone. Often prescribed to those battling heroin addiction, the powerful drug is not known to come without long term side effects. 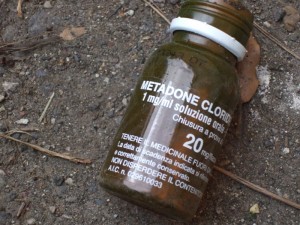 Methadone is a synthetic opioid narcotic drug, originally developed in Germany in World War 2. It was first used as a long-acting painkiller in both surgical and cancer patients. From the 1950’s onward, it has been used as a treatment for opioid addiction.

The human body produces its own opiates called Endorphins which sit on special receptors and block pain signals to the brain. Opioids also fit on the same receptors but have a more potent effect. Methadone acts by occupying these receptors and relieving many symptoms of Opioid withdrawal. That’s why it is usually prescribed to expecting mothers who are struggling to give up their drug habits.

Methadone is a last gasp effort as far as treatment and prescription by a health professional goes. If a medical professional feels that prescribing methadone to a pregnant woman will be more in the favor of her health, it means that the benefits outweigh the risk. You have to remember heroine addiction is nasty, methadone may also be nasty, but it is still better than heroine.

According to the National Institute of Health, for pregnant women it is much safe to use Methadone than to continue with their heroin habit.

As one mother addicted to methadone stated “Heroin is too unpredictable and too lethal also, we struggle with it”.

In pregnancy, a number of over the counter, prescribed and illegal drugs are not allowed but methadone is safe to use. Long term effects of babies born addicted to methadone are pretty much unheard of.

Although notorious for causing NAS (Neonatal Abstinence Syndrome), the long term effects of babies born addicted to methadone are not major. Risks to the unborn child such as spontaneous abortions, low birth weight and developmental delays are common in heroin addicts and can’t really be attributed to methadone.

With careful monitoring, methadone can be prescribed long term for the elimination of cravings for illegal and harmful opioids like Heroin. The most effective methodology for the treatment is to combine methadone use with counselling but it requires the patient to come to the clinic daily for their methadone dose. Sometimes this daily hassle is off-putting, but its better to have methadone baby long term effects rather than heroine baby effects.

Methadone is long acting, so generally requires a single dose up to 24 hours. MMT increases the chances of a healthy baby as it promotes increase in birth weight and the pregnancy duration. While on this treatment, mothers will be able to focus on eating well, caring for themselves, finding a job, look after their health knowing that there are little long term effects of babies born addicted to methadone, etc. It will also help them think of kicking their drug habit and rebuilding their life.

My Baby Comes First! What Are The Concerns? 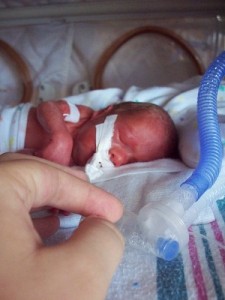 Women on methadone treatment have several misconceptions about methadone baby long term effects. It is clinically proven that it is much safer to put a mother on Methadone than to let her continue with her heroin addiction. Methadone has not been known to directly cause birth defects or any other cognitive abnormalities in children as they grow up.

Babies born to the methadone dependent mothers are at much lower risk compared to those associated with the use of illegal drugs.

The most common undesired outcome a baby might experience is Neonatal Abstinence Syndrome. If treated promptly and wisely, it doesn’t cause any lasting damage. The symptoms of these begins 1 to 3 days after birth. Symptoms include irritability, shrill cry, increased moro reflex, hypertonia, rapid breathing, poor feeding habits, vomiting and jitters.

As the births of Opioid Dependent babies are rising, many hospitals have special sections for children experiencing NAS where they remain under observation for 3 weeks. Newborns feel better when held and comforted by the nurses and slept in dimly lit rooms. Mothers are also allowed to breastfed their babies as it helps ease the newborns if no contraindication is present such as HIV.

Another common side effect on the newborns is low birth weight, But this shouldn’t last long and they will catch up to the normal expectations as they grow. Methadone baby long term effects or the long term effects of babies born addicted to methadone are not really an issue at all.

Is Methadone Safe While Breastfeeding?

Methadone does pass through to breast milk, so caution should be taken by breastfeeding mothers. Mothers should avoid any changes in the dose, as little ups and downs can trigger behavioral changes in the baby.

Babies should be weaned off slowly. Mothers should also avoid taking any other drugs while breastfeeding, especially benzodiazepines, as they can affect the health of the child drastically.

Methadone dosage needs critical evaluation from the physician. Every patient should be individualized.

As methadone crosses the placental barrier, it must be monitored to ensure that the proper amount is being taken with respect to the extent of prior addiction. An increased dose will cause methadone dependence on the baby, whereas decreasing the amount may cause withdrawal symptoms to appear in mothers. So dose adjustment is critical to both the mother and the unborn baby.

An increase in the methadone dosage is usually needed as the pregnancy progresses due to a rise in the maternal fluid volume. Physicians are encouraged to search for the right dose that benefit both the mother and the baby. Methadone works only if you are stable on the dose. If you feel any craving or withdrawal, inform your medical professional asap.

Compared to heroin, Methadone is considered the lesser of two evils. Methadone has been proven to reduce heroin use by mimicking its effect on the body. Furthermore, there is much less risk of contracting infectious diseases.

Methadone is not perfect. But there are little to none long term effects of babies born addicted to methadone. The need of the hour is to reduce the stigma surrounding methadone use, so that the patients no longer feet ashamed. It is important to remember that with this treatment, former heroine addicts are able to live a normal, healthy and stable lives. That is much more important than anything else.

Dos and Dont’s During The 9th Month Of Pregnancy