Light green discharge is always a sign that there is an infectious / inflammatory process in the woman’s body. Such coloration, unusual for a biological fluid, is due to the large number of white blood cells that leave the blood vessels to fight the infection.

Oncological diseases in the uterus, cervix or ovaries can also cause yellow-green vaginal discharges with blood streaks.

When pathogens enter the genital tract and reproduce, the vaginal discharge becomes abundant and yellow, yellow-green or green.

This is simply the defense response of the female body by releasing the white blood cells. Hence the fundamental causes of their presence are infections caused by bacteria and protozoa, such as: 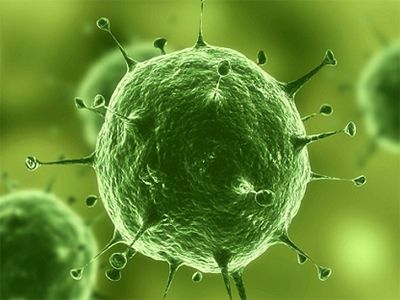 Also light green discharge occurs in inflammatory processes caused by the intensification of reproduction of streptococci, staphylococci and other gynecological conditions such as:

It is contradictory to call this disease an infection, as it is caused primarily by an imbalance in the normal microflora. This symptom is considered as typical in the condition of bacterial vaginosis.

Since this organism has the characteristic of producing gas a second signal bacterial vaginosis is that the flow has an unpleasant odor, in addition also present symptoms like irritation, pain when urinating and swelling of the labia majors.

It requires a treatment that is divided into two stages:

However, home remedies such as garlic and yogurt are also used.

Although cases of chlamydia or gonorrhea occur more in men than in women, this does not mean that women are not susceptible to sexually transmitted infections.

Symptoms such as itching, burning sensation, pain on urination and greenish vaginal discharge appear. Often women simply do not attach much importance to this, and therefore the infectious process spreads to the uterus and ovaries.

Inflammation of the ovaries, uterus, and fallopian tubes is accompanied by yellow or yellow-green mucous secretions. In addition there are other symptoms before which women should consult a specialist immediately.

It is important to know that infertility in some cases is a consequence of inflammation of the internal reproductive organs. For this reason it is important to consult a doctor before the least suspicion.

One of the first symptoms to appear is the abundant discharge of yellow-greenish color, and then other typical symptoms arise such as discomfort, swelling, as well as pain and the urge to urinate frequently.

Gonorrhea is suspected when fibrous vaginal discharge appears between white and green.When the body is in an immunodeficient state, acute chlamydia may appear.Treatment is prescribed taking into account the sensitivity of the pathogen.

The presence of a vaginal discharge with green stripes of pus is one of the first signs of cervical cancer. The destruction of tissue and the impotence of the immune system against the cells lead to menstrual disorders, pain and even very characteristic secretions, which resemble a muddy water with pus flakes and blood clots.

The green flow should never be considered as normal, in your presence you should go to a doctor.

During pregnancy a green discharge occurs, what is the reason?

The vaginal discharge that should not cause major concerns will always be white or simply transparent. If the vaginal secretions take on a more yellowish or greenish coloration, then it can be some infection caused by yeasts and bacteria.

It is worth noting that during pregnancy the increase in the amount of vaginal discharge is normal.

The green vaginal discharge during pregnancy is synonymous with a sexually transmitted disease, these discharges have a strong smell and must be treated immediately. It is considered especially dangerous for pregnant women, as it increases the chances of having a baby with low birth weight or having a preterm birth.

Here are some tips to avoid green discharge during pregnancy:

Grains in the vagina or pimple on vaginal lip: causes and treatments