Home
Ear, Nose & Throat
How To Make Yourself Sneeze: 23 Simple and Easiest Ways 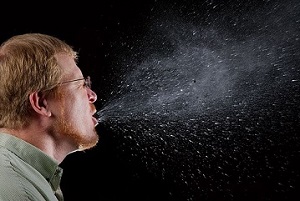 We have all been to a scenario where we wanted to sneeze but couldn’t do so naturally. It is such an uncomfortable feeling to know that a sneezing episode is about to happen, yet it doesn’t. In that condition, the longer you go without sneezing, the worse the feeling gets. It is exactly that time when we wonder about the question, how to make yourself sneeze.

Sneezing is a physiological phenomenon. The purpose is to remove any irritating particle trapped in the respiratory passage. As long as you are not sneezing all day long, it’s fine. You can count it as a blessing. The same irritating particle can do harm if the sneeze reflex doesn’t kick it out.

Our brain is responsible for pretty much what we do. We can trick this brain to send the sneeze reflex anytime we want. But we need to keep this in mind that different individuals have different sensitivity to stimulus. One method may work more effectively for some people but not for others.

If you want to learn how to sneeze, you are at the right place. Read on to learn those tips and tricks to sneeze easy and fast. But before that here’s an interesting sneezing record from Guinness World Records:

Donna Griffiths of UK sneezed for around 1 million times in 365 days beating the previous record of 194 days of sneezing.

Here are 23 simple and easy steps to sneeze:

1. Use Some Tissue Paper:

I am sure you have seen tissue papers rolled into a cone. Some people do it when they are bored. You can do so in order to induce a sneeze reflex artificially.

This method simulates the irritating particle in the nose and results in a sneeze reflex. But, you need to be a bit patient. We know what happens when we insert the tissue in the nose. It gets damp. So, you may need to change the tissue twice or thrice. To make this method work faster, you can try blowing air through your mouth

2. Use Some Hard Object:

While not a much recommended method, save this for desperate times. If tissue paper doesn’t work, you can use some object that is somewhere between too hard and soft. For example a pencil, hairpin, Q-tip or even a toothpick. The idea is same, you have to target the nasal lining with the selected object. Be gentle while you do so; otherwise, you may damage the delicate nasal mucosa.

If you are doubtful about the lack of gentleness in your hands, please do not try. We don’t want you to bleed your nose while trying to sneeze.

This is comparatively a safe option. By massaging the bridge of your nose with a thumb and index finger, you can trigger some anonymous spot that sets the trigeminal nerve into action.

The trigeminal nerve is the one that makes you sneeze.

You may continue doing this practice for longer than a minute to get some results. The sad news is that it doesn’t work for everyone.
But since it’s free of cost, you can still give it a try.

We do not ask you to pluck your already plucked eyebrows. Here you need to pluck few hair from your nose. Pulling multiple hairs at the same time is not a good idea. It’ll hurt badly. So, just one at a time. Be brave and pluck with a forceful jerk.
Again, practice some dexterity while you try your luck. Do not harm yourself while you do so. If you don’t have easily grab-able nose hair, consider other options.

5. Stimulating the Roof of Mouth:

How do you do that? Nothing grueling. Simply lick the roof of your mouth with the tip of your tongue. Do it for a few times. This action stimulates the trigeminal nerve, and there comes a sneeze.

This one is rather a safe procedure.

6. Get Some Bright Light:

There is a phenomenon known as photic sneezing. The condition is hereditary. Some people are sensitive to light in a way that as soon as they are exposed to bright sunlight, they begin to sneeze. If you are one of those, it’s easy for you especially when there is already a sneeze finding ways to bring that Achooo moment.

Okay, this one is surely the best method. I personally try this one whenever there’s a need. Do you know that there’s an irritant called as piperine in peppers; all three of them: red, black, and white. As you sniff any of these peppers, the brain gets the message that there is an irritant in the nose and hence the sneeze reflex is triggered.

Even though it’s the best method, we still need to practice precaution.

1. I recommend the use of black pepper.

2. Do NOT sniff too much. Just a small puff is more than enough. Otherwise, be ready to make the next world record for sneezing continuously.

Cumin and coriander can also trigger the same effect.

You do not need to take a ride to your beautician to get those perfect eyebrows. This is simply composed of plucking a single hair from your eyebrows with the help of tweezers. The plucking effect is expected to make you sneeze, especially when there’s already one on its way.

Of course, you are intelligent enough to assume that if one time doesn’t work, you must not pluck all the hair on your eyebrows.

Keep this idea on the list if other methods don’t work.

If you are not into eating lots of dark chocolate, this method may work for you. All you need is dark chocolate. Simply eat, and you’ll feel better.

If you are a Harry Potter fan, this idea might bring those memories of Professor Remus Lupine asking Harry to eat chocolate after a Dementor attack.

This method is more likely to work if your sneeze is of non-allergic type.

If sniffing the spices don’t work for you, you can try smelling some ginger. Hold a peeled ginger near your nose for around 10 seconds, and watch the magic.

There’s also a sniff powder available in the market. You can try that as well.

This one has nothing to do with the chewing itself. It is the strong flavor and odor of the peppermint gum that brings the sneeze reflex. This one is reportedly a good way to trick your brain

Other than peppers and ginger, there’s another inhalation method to trigger sneezing. Take some lukewarm water in a glass. Dip the tip of your nose in it.

Please, do not dip the nose completely. We do not want you to have that underwater effect.

After that, sit upright and tilt your head in the backward direction. This results in some water droplets going to the nostrils. Your brain perceives it as a foreign material, and there comes a sneezing reaction to kick that water out of the nose. Enjoy!

This one’s one of my favorites.

If you are in a warmer environment, going out in cold air would result in sneezing. Not always though. Similarly, just after taking a bath if you go out, there’s a series of Achoo sounds waiting to come out your voice box.

You may also want to keep this information in mind if you want to avoid sneezing.

It is said if you touch a cold wall or some other cold surface, you get a sneeze reflex. While we are not sure how many people actually get the sneeze, it is still a stated method in the list.

Have you ever noticed that we get a sneezing reaction as we take any fuzzy drink near the nostrils? This is because CO2 in the drink acts as an irritant to the nose. So you can easily kill 2 birds with one stone.

Your craving for coke is over, and the need to sneeze is over.

This is one of the strongest material to induce a sniff. It always works for me. But keep in mind, it’s very uncomfortable.

If you pinch your nose and then start humming at the same time, the chances are that you will get a sneezing reaction. Why? Because it increases the vibrations and triggers the trigeminal nerve.  Just make sure that as the sneeze reflex is triggered, air escapes through the nose.

19. Play With That Feather:

Remember? As a child, we used to get those little sneezing moments while we were playing with bird feathers. Yes, this method still works even though we have grown older. You just take a feather and irritate your nasal mucosa with it. There’s a sneezing reaction in a matter of seconds.

Just make sure that the feather is clean.

You get 2 things on the way.

This is more likely to happen if you are more sensitive towards irritants. Please, keep a note not to spray the perfume into your nose. DO NOT DO THAT!!

Just spread enough fragrance around you to get the effect.

It is said that full stomach accounts for 10 percent of the sneezing. So, here you get that offer to eat large meals. Common sense tells me that this is not a method to be used on a daily basis. We surely don’t want you to go binging.

This is not the most recommended method, but a small quantity of dust is sure to get you through the awkward phase of “stuck between sneezing and not sneezing.” This will not only be effective for you, but also for those around you.

There’s an added benefit to this method. As you grab the duster and start cleaning stuff around you, 2 things happen:

Sometimes we just want to pretend sick and faking a sneeze is a sure way to deliver the message. In this case, you can follow the idea of bringing those fake sneezes until you start getting a real one. This is also helpful when that tiny sneeze is stuck on its way and simply refuses to come out loud.

This is a generalized list of methods to make yourself sneeze. Not all individuals are created equally, and therefore, not all methods work best for all people. #10 may work for your friend, but it may not work for you. These are all free methods, you can try all to find what works and what doesn’t.

Remember, never try to restrict a sneeze. This is surely a harmful thing to do. It can even cause nasal fractures.

Of this long list of 23 ways, #7 works best for me. Do let us know in the comments that how you make yourself sneeze, and don’t forget to share this information with your friends.

Disclosing the 11 secrets – How to induce vomiting without suffering!