The motherhood experience is a mixture of joy, anxiety and uncertainty. The baby you were carrying in your tummy for nine months is now finally in your arms. But what is it that is making him or her so upset! Can’t identify the problem? Cranial Osteopathy for babies may just be the answer you are looking for. 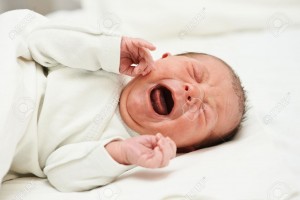 Coming into this world can be a very exhausting deal for the baby. Imagine him being separated from that homely home. Where he could feel every vibration of his mother’s movement. Imagine the ordeal the body and the bones of that baby went through trying to emerge through that tiny space. Imagine it having to cry to make his mother know that he needs to be fed, changed or covered up. Whereas, it was so warm and comfortable inside. The food came by itself, no trying to swallow and burp and all that effort.

Just like the last few months of pregnancy and delivery can be a very exhausting time for the mother, delivery leaves it’s stressful effects on the body of the baby too. That is why you will find many newborns sleeping most of the time. Those body aches and pains… they need to “sleep” them out!

Some babies just cannot find solace through that sleep. Maybe their muscles and bones went through a lot of undue pressure of turning and twisting. Maybe they were not positioned right, or forceps were used and a lot of tugging and pulling was done. What ever the reason, they are in pain and need help.

The concept of cranial osteopathy for babies is not new. A trained professional performs maneuvers with his hands on the head and back of the baby, which provides relief and calm to the baby. This eases the pain, making the baby relaxed and sleep better. This is very much similar to what a lot of traditional moms do with olive oil or baby oil i.e. massage the baby to put him to sleep.

What is Cranial Osteopathy?

The concept of cranial osteopathy was discovered by William Sutherland in 1930s who claimed that skull bones reflect mobility. A lot of scientists and health professionals have been working on this concept. The latest one being invented by John Upledger in 1970 which he calls Craniosacral Therapy.

His claim is that Cranial Osteopathy is based on movement of skull bones whereas Craniosacral Therapy (which is inter-changeable with cranial osteopathy) involves dural membranes, called meninges, and the cerebrospinal fluid that surrounds the brain and spinal cord.

According to him, the craniosacral system operates like a semi-closed hydraulic system. When the fluid moves, the membranes containing it also moves. Craniosacral therapists are trained to gently monitor this rhythm to detect and release imbalances and restrictions in the membranes that could potentially cause sensory, motor or neurological dysfunctions.

Another important concept worth knowing about is Cranial Osteopathy Manipulative Medicine (OMM). This states that the primary respiratory mechanism can manifest as motion of the cranial bones, sacrum, dural membranes, central nervous system, and cerebrospinal fluid. Cranial OMM involves the gentle application of manual force to address somatic dysfunctions of the head and body, subsequently affecting the patient through manipulation of the primary respiratory mechanism.

According to a study published in 2011 in the Journal of American Osteopathic Association , there is no evidence to prove that any person can manually detect the sensation of the meninges and the cerebrospinal fluid that flows in the cranium as well as around the spinal cord. There is no scientific evidence that it is possible to manipulate respiratory mechanism by manual force on the cranial bones and sacrum. According to their research, all sensation felt by hand are of vascular nature, meaning the pulsations of the arteries and veins found on the skin of the head and back.

However, like many alternative health techniques, cranial osteopathy for babies has worked for many moms in crises. There are many non-conventional therapies out there that cannot be scientifically proven (as of yet) but they work. We do know that there are certain pressure points on the body where some therapists just place a needle and heal the body. Others claim massaging pressure points on hands and feet can have a healing effect on another part of the body.

Just be sure to go to a certified osteopath since babies are fragile and you don’t want to go to someone who could apply undue pressure on the baby’s skull and harm the baby.

What Are Uses Of Cranial Osteopathy?

Osteopathy can be performed on any part of the body at any age. It is a form of drug-free, non-invasive medicine that focuses on total body health by treating and strengthening the musculoskeletal framework including the joints, muscles and spine. Its aim is to positively affect the body’s nervous, circulatory and lymphatic systems. According to osteopathic philosophy, all parts of the body are interconnected and affect each other.

Cranial osteopathy is an offshoot that involves the manipulation of cranium to heal different problems. Mostly done on colicky babies, but also found effective in adults with migraine and other neurological problems. 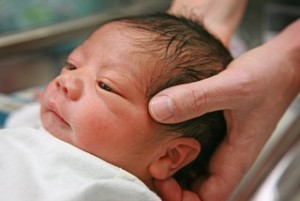 Cranial osteopathy for babies can help in dealing with issues that arise such as:

Cranial osteopathy for babies encourages the release of tension and stress in the body and the head that might have been caused by birth. Cranial osteopaths are looking to recognize any pressure effects caused by birth and release that pressure, particularly in the base of the skull where nerves to the tongue and guts may become irritated and effect suckling and cause nausea. There can be a build up of pressure around the temporal bone which houses the hearing apparatus and the eustachian tubes which may be compressed, especially by forceps, during delivery and lead to blocked ears and infection.

A colicky baby may be windy or flatulent. He may seem to be in a lot of pain with a tense, occasionally distended stomach and cry inconsolably at times. The baby may also suffer from sleeping problems. The peak time for these symptoms is classically between six in the evening till midnight. Many osteopaths believe that the vagus nerve which exits from the base of the skull and supplies the stomach and the upper part of the intestines can be irritated or compressed. It is particularly vulnerable to distortion during the birth process and if irritated, is thought to make the stomach more sensitive, contributing to the colicky symptoms.

Many parents who have babies delivered by c-section believe that their babies are unlikely to suffer from colic but this is not always the case. With an emergency c-section the baby might well have been stuck in the birth canal for some time experiencing strong contractions. As such, it is likely that these babies will have suffered as much compression and pressure as those babies born naturally.

Most infants with colic do well under cranial osteopathy. Roughly 30% to 40% of babies suffer from colic, so knowing that there is a technique out there that offers relief is most welcome.

Gastro-oesophageal reflux or regurgitation of acid from the stomach into the gullet can cause severe pain. It is common in the first year of life. By 12 months, it will often go way by itself.

It seems to be more common in premature and cesarean babies. Typical symptoms include gagging, difficulty feeding often accompanied with a distressed high-pitched screams and poor sleep causing frequent waking in the middle of the night. It is important to feed the baby in an upright position which enlists the help of gravity in preventing regurgitation. Using the same principle, elevate the head of the the baby when he sleeps.

Cranial osteopathy for babies to treat reflux aims to treat the root cause. It looks to release strains or imbalances in the baby that may have occurred as a result of positioning within the womb or the birth itself. Since premature birth and c-sections are often predisposing factors, the local cause is an imbalance of the diaphragm and associated dysfunction of the esophageal sphincter. However this is a whole body pattern, which includes tightness and irritability in the chest and throat. By releasing this tightness, symptoms can improve dramatically without needing the use of medication.

A lot of babies are windy feeders, gulping air as they feed and then regurgitating milk between and after feeds. Many babies are mouth breathers, struggling to drink and breathe through the nose, hence the gulping of air. Once these lumps of air have descended below the stomach they have a long way to go and will cause abdominal pain as they stretch the sensitive small intestines through their journey.

Once a baby starts undergoing cranial osteopathy for feeding difficulties, the reflux, the regurgitation and issues with difficulty in swallowing seem to improve and the baby feels much better.

Using vacuum suction or forceps during pregnancy, or lying flat on the back may cause baby to develop a flat head. Cranial osteopathy for babies can help baby regain its head shape.

Cranial Osteopathy For Children and Adults

There are a lot of success stories of children with sinus and breathing problems being treated by cranial osteopathy. In fact these manipulative maneuvers have also been used to relax hyperactive kids and those suffering from Autism Spectrum Disorders and Attention Deficit Disorders.

In adults, it has been used to treat migraine and pains due to inflammation, arthritis, stress, restricted joint movement. It also helps relieve back pain, shoulder pain and leg pain and is used to induce sleep. If someone experiencing back pain gets help from an osteopath, the potential pain can be avoided. This improves overall health and wellness, allowing you to lead a more active and healthy lifestyle.

How To Look For A Good Osteopath For Your Baby?

2. In UK, the General Osteopathic Council (GOsC) regulates the practice of osteopathy under the terms of the Osteopaths Act 1993. Under British law, an osteopath must be registered with the GOsC to practice in the United Kingdom. Find out more at www.osteopathy.org.uk

3. In Australia, osteopaths need to undertake a minimum of five years university training in anatomy, physiology, pathology, general medical diagnosis and osteopathic techniques to be eligible to practice. The Osteopathy Board of Australia is part of the Australian Health Practitioner Regulation Agency which is the regulatory body for all recognized health care professions in Australia. However it is separate from the Medical Board of Australia which is the governing body that regulates medical practitioners. Find out more at www.osteopathy.org.au

Unless you can figure out the physical cause of pain that is making your baby cry inconsolably, cranial osteopathy for babies is a good option for you to try. Most people think that this treatment is done only through the head because osteopaths usually call themselves cranial osteopaths, but osteopathy treats the whole body. Although more attention is paid to the head, treatment is also aimed at the diaphragm, the rib cage and the gut. This non conventional therapy is a unique holistic approach to health care which could well be the way to the future.

Exercise During 9th Month Of Pregnancy For Normal Delivery