Home
General Health
Anxiety Causing Trouble In Swallowing? Here’s What To Do

The problem with stress and anxiety is that when people suffer from it, most of the symptoms are not actually anxiety symptoms. So they start worrying about health problems they don’t actually have, which worsens the anxiety leading to anxiety attacks. This is particularly true when you feel a lump in your throat or have trouble swallowing anxiety. Difficulty in swallowing or dysphagia is a common anxiety symptom and today we will try to understand why it happens.

Deglutition or swallowing is a voluntary process (controlled) when food is being passed from the throat into the esophagus. It becomes involuntary as soon as the food crosses the upper esophageal sphincter. The movement of the muscles in the wall of the esophagus helps the food move down into the stomach. The upper and lower esophageal sphincters along with the muscular wall of the esophagus are controlled by the autonomic nervous system. This is that part of the nervous system that controls most of the involuntary actions of the body (things that happen on their own and are out of our control). 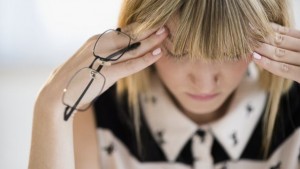 Common physical problems that are associated with causing trouble swallowing include having a mass in the neck, tonsillitis or a sore throat, and developmental defects like stenosis or fistulas in the esophagus. Emotional, psychological and physical distress seem to play a role in trouble swallowing anxiety.

Severe anxiety and panic attacks can lead to fear of choking and anxiety swallowing disorders. It may leave you feeling like there’s a lump in your throat. In some cases, it may take more time and effort to move food or liquid from the mouth into the stomach. In other cases, you may not be able to swallow at all.

Let’s try to understand the role of stress that can lead to trouble swallowing anxiety.

Can stress cause swallowing problems? Yes, it can!

As mentioned before, stress brings with it a myriad of problems which can often make you wonder what is it exactly to you’re suffering from. Most of you would not connect stress with a lot of symptoms it can give rise to, but stress has some major effects on health and how the body reacts.

Certain stress hormones are released when the body undergoes a stressful situation. These hormones tend to relax the sphincters and muscles of the gastrointestinal tract causing slowing down of the digestion process. This can be one of the causes of dysphagia caused by anxiety.

Cortisol, also referred to as stress hormone, is first to be secreted by the adrenal glands as soon as the body undergoes a stressful situation. This may cause problems in swallowing during anxiety. Medical evidence shows that ulcers of the stomach and intestine are also much more common in people with anxiety, depression or those under repeated stress. At the same time, cortisol also induces and selectively stimulates epinephrine synthesis.

Epinephrine and nor-epinephrine (adrenaline and nor-adrenaline) are also known as flight or flight hormones which are released by the adrenal glands mainly in response to stressful conditions.

Heat, hypoglycemia and some types of shock are also known to stimulate growth hormone secretion, sometimes to a level of ten or twenty times higher than normal.

All these hormones play a role in trouble swallowing during anxiety.

Most of the deglutition disorders are a result of neuromuscular disease or mechanical obstruction of the esophageal tract. However, studies have reported an association between emotional stress and dysphagia. A study investigating social impact of dysphagia found that 41% of patients reported experiencing panic and anxiety during mealtimes. 36% avoided eating with others altogether because of their trouble swallowing anxiety. This study also found anxiety patients suffered with intermittent dysphagia while progressive dysphagia was associated with depression.

It is a form of dysphagia, which after careful testing reveals no physiological or anatomic cause for the symptoms. It is a rare condition that is not well understood with no structural cause or organic disease. It is not usually diagnosed until all other types of dysphagia have been ruled out. In rare cases, a person may have a sensation of a lump in the throat (called globus hystericus) or a sensation of poor movement of swallowed food, but physical exams and diagnostic tests do not reveal any abnormality.

Psychogenic or Functional Dysphagia can be caused by stress. It is often seen in conjunction with fainting, nausea, and fatigue. Avoidance of swallowing specific foods, fluids or pills may result in malnutrition and weight loss. 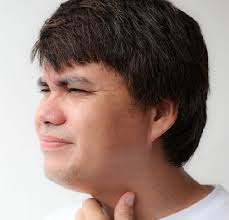 Globus Hystericus is also called Globus Sensation or Globus Pharyngis. It literally means “sensation of having a lump in the throat” or some type of obstruction that gives the feeling of choking. Some people may even feel pain in their throat and chest. When no underlying medical conditions can be found for these sensations, it can be labeled as a psychiatric condition related to anxiety and/or depression.

Globus Hystericus is often diagnosed when there is no mechanical difficulty with the act of swallowing.

Phagophobia is the fear of swallowing and is seen in people who are overwhelmed with anxiety. Surgery to remove tonsils with its painful aftermath, or having a relative who suffered from head and neck cancer can be a factor for people who develop fears about swallowing. People who tend to worry too much about being sick, despite being in good health (hypochondriac) along with those who tend to obsess about everything can also develop phagophobia.

Some people experience a lump in their throat upon swallowing food. Others fear that, if they eat or drink, they will choke to death. What ever the specific fear is, they all have severe trouble swallowing anxiety.

1. Rule Out Other Causes

There are many conditions that cause extreme pain upon swallowing. One of the common ones is strep throat or tonsillitis. In such a case, antibiotics and tonsillectomy will help. Always make sure your doctor rules out all physical causes of dysphagia before you decide that you have trouble swallowing anxiety.

If you’re having trouble swallowing anxiety, the first thing to do is to breathe slowly. Remember, you can’t choke on something that you’ve already swallowed. By breathing slowly, you’ll make sure that your mind and body realizes that you’re not choking on the food, it’s just taking its time to go down your throat.

Eating slowly will help you recognize whether you are really having some pain during swallowing or choking or whether it is just a fear lurking in your head. Water tends to be easier to swallow than other foods and liquids. As long as you can swallow water, you’ll be able to remind yourself that your swallowing reflex does work and you’re simply overthinking about the problem.

Often difficulty in swallowing isn’t cause for concern, and may occur only when you don’t chew your food well enough or eat too fast. Your body is very tense when you’re suffering from anxiety and may cause problems with swallowing as well.

Many people who suffer from anxiety or depression are skeptical about psychotherapy and the usefulness of medications. Most treatments for phobias involve cognitive behavioral therapy, meditation, deep relaxation and experiencing a gradual desensitization to these fears. If alternative ways to treat stress don’t work you may not have another choice but to turn to anxiolytics and anti-depressants. Together, these can work for many patients to help resolve trouble swallowing anxiety.

Try to engage in activities that help you relax and de-stress. Go out for a walk, talk to friends, listen to music or maybe watch a light comedy. Get a pet or engage in a hobby. Drink lots of water, eat light, go to bed early and try to sleep 6-8 hours at a stretch at night. Mid-day naps seem to help many as well. 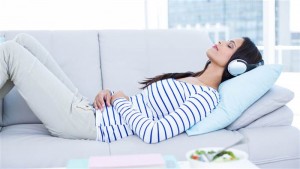 Remember anxiety and stress are a part of life. Just like good times come and go, so do bad times. Some people are more sensitive and prone to anxiety than other people. The causes of swallowing difficulties due to anxiety vary and treatments depend upon the cause. But if you are someone who is under too much stress, you need to try and relax. Discuss it with your doctor if need be.

Small Red Moles On Skin: Everything You Need To Know